I find I still don’t understand all of the fuss about Inception. It is, in many ways, a very good film. It is not, however, a rewarding film. If you have not seen it please stop reading this — I am going to give it all away.

Watching the movie I was astounded by the ending and when it finished I immediately watched the movie again. On rare occasions I do this, usually about once a year, and it happens when I am so completely surprised by the direction a film has taken (especially when the movie has been positively received). The second viewing did not resolve the problems I have with the movie and after thinking for a few days I find I have two sticking points with this film.

1) Ellen Page’s (Ariadne) character is supposedly in a privileged position regarding her knowledge of Cobb’s troubled psyche. Yet the movie opens with a theft falling to pieces because his dead wife (Mal) appears in the dream. Somehow Cobb’s number two guy, Arthur, who is in this very dream and encounters the dead wife, either forgets about this or does not care. The man they were attempting to steal from and who ultimately hires them to steal from someone else (Saito) is also aware of Cobb’s late wife yet does not seem troubled by this either. I recognize that this point is arguable, perhaps Arthur believes Cobb can control this problem, perhaps Saito understands too little about the implications this has concerning entering into dreams. The main point here is that the film explicitly indicates that this is a problem and that Ariadne is the only member of Cobb’s team who takes issue with this.

2) The movie has an ambiguous ending to suggest that Cobb no longer cares whether or not he is in the “real” world. This undermines everything the audience knows about his character. Throughout the entire film, what the audience is shown, whether in flashbacks or as the story unfolds, is that the most important thing to Cobb is that he not be living in a dream. So to end the film with him not confirming that he is in the “real” world is to undermine the very purpose of everything he has done in the film. This isn’t growth. It’s not character development. Just prior to this ending we have Cobb, in Limbo stating and choosing quite clearly that he is unwilling to live with shades of his children and Mal because they would never compare to the real versions of themselves.

This ending and what it does to the film makes me feel like Jacobim Mugatu in Zoolander, wondering why everyone else is failing to notice a rather glaring problem. 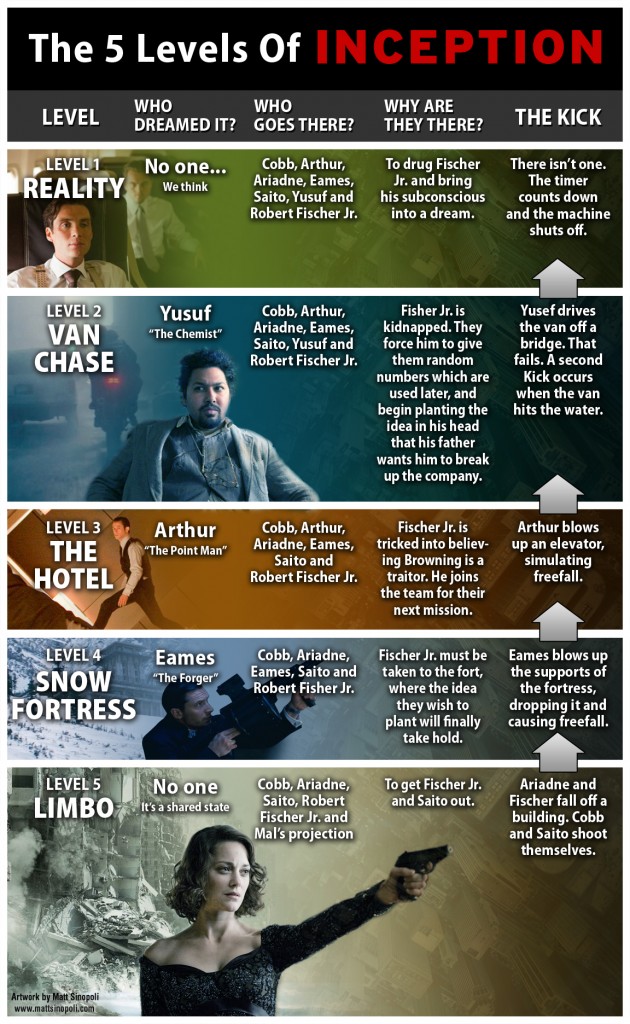