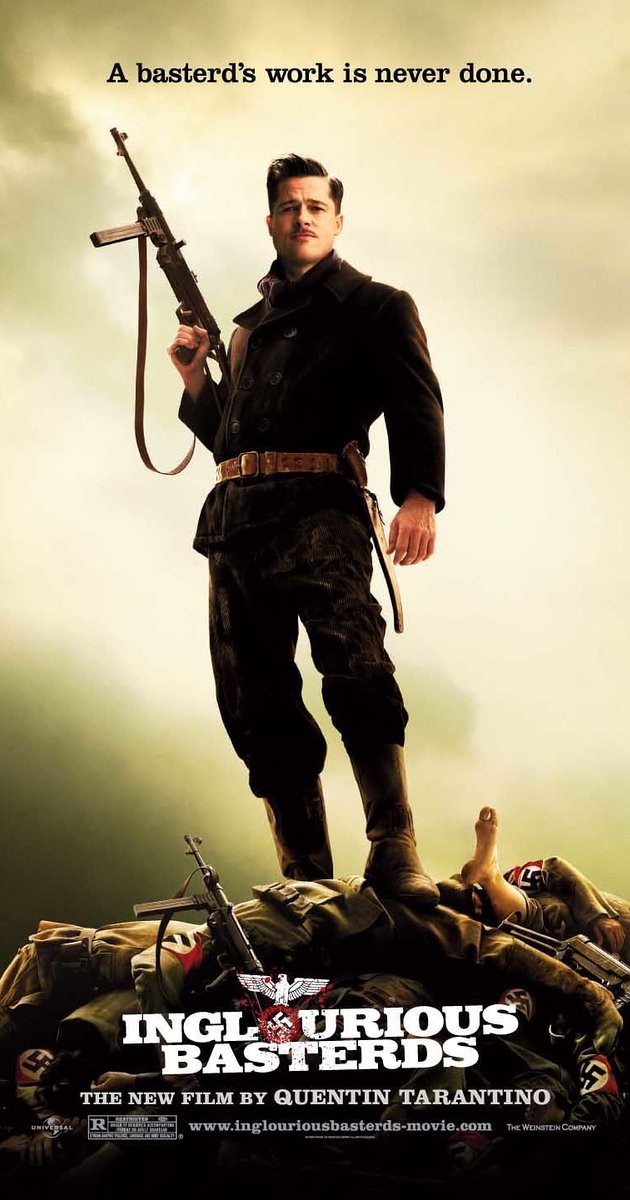 What You Should Know

If, like me, you have been avoiding this film based on the following criteria:

2) The trailer for the film gave you the sense that the movie largely consists of Brad Pitt and a group of men running around Europe killing Nazis, you need to reconsider.

Aside from the last twenty minutes of the film if you were able to come across this movie knowing nothing about it you would never guess the director. The first section of the movie is unlike anything I have every seen from Mr. Tarantino (as an aside I have since seen Django Unchained and I expect The Hateful Eight fit neatly into this category as well). The locale, the pace, the dialog none of it feels like anything I have encountered from this director before.

This is due partly to the look of the film, which is very rich but subdued. The first section could be referred to as being pastoral. It’s partly due to the dialog which is much more “natural” and devoid of pop culture references and (aside from Brad Pitt) guys trying to talk tough. The pace is also quite slow so that even in sequences where there is tension concerning possible death and violence, the usual uncomfortable claustrophobic atmosphere I typically associate with Mr. Tarantino’s films is pleasantly absent.

Which is not to say that people do not die, or that the dialog isn’t snappy. Lots of people die and the dialog is certainly snappy at times. I would be hard pressed to put my finger on what, exactly, is different about this film from Mr. Tarantino’s previous efforts but there most certainly is something. Call it maturity, call it scope but what you get from this film is more rewarding and interesting than what has come before.

As previously stated the trailer and reviews for this film gave the impression that this was Reservoir Dogs meets World War II. There are some wonderfully rich characters in this film, who I found myself genuinely caring for.

The sections containing Brad Pitt feel to me very much like the Tarantino we all know and love/hate/whatever you feel. Yet Mr. Pitt and his men are in very little of the film. Couple that with a significant portion of the movie not being in English – and that we spend time with some fantastic actors like Christof Waltz, Michael Fassbender and the true star of the film Melanie Laurent.

This would be a great film to show someone who has given up on Mr. Tarantino and I think for someone who has never seen one of his films. It builds on his previous works and adds new components to deliver an interesting, satisfying film. Give it a chance, I think you might like it.

I am a writer and filmmaker. View all posts by John Ryan Sullivan