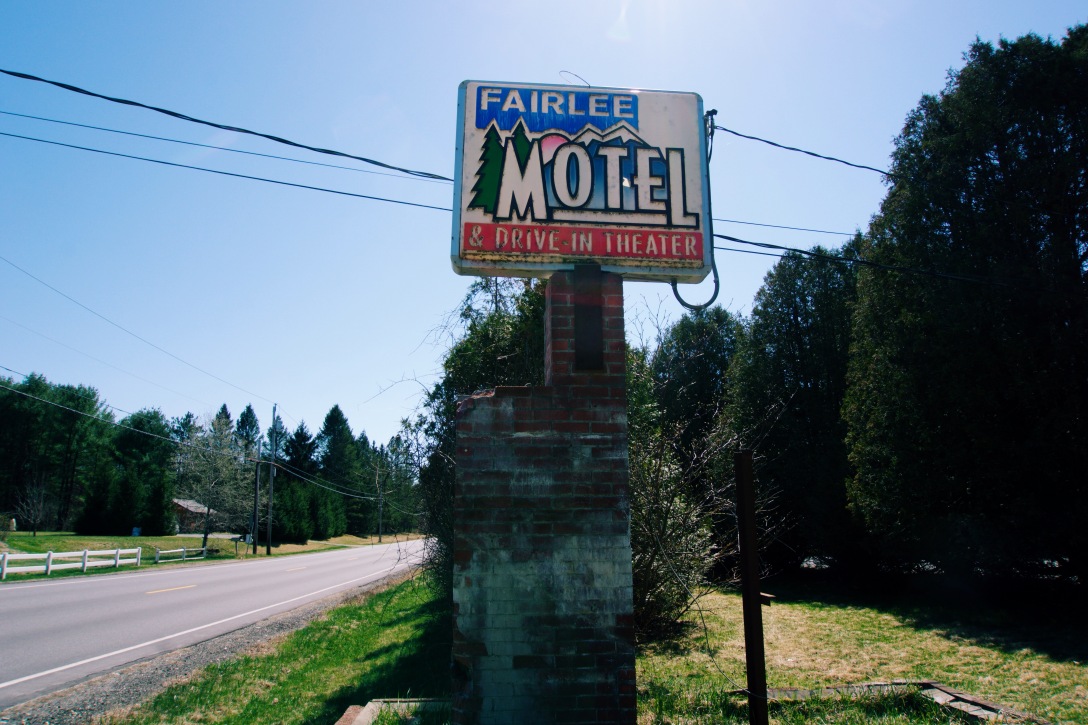 Summer. The air is warm, people mill about eating, drinking and talking while a group of children play underneath a large white screen. Someone puts a blanket on the hood of their vehicle and reclines. Others spray insect repellent, close their windows and continue to swat at real or imagined mosquitos. An RV parks in the rear and unloads folding chairs, coolers and a charcoal barbecue set to cook their supper. Some gather around the snack bar, a group of teenagers sits in the tall grass waiting for the show to start. Each person attending is able to have their own, distinct, drive-in experience.

Nowhere is this truer than at the Fairlee Motel and Drive-In located in Fairlee, VT. The drive-in has one screen, the motel twelve rooms. The owners, Peter and Erika Trapp run the Motel and Drive-In, amazingly, as a second job. Their main occupation? Farmers. Just 15 minutes away and across the Connecticut River, they operate Thunder Ridge Ranch, a 300+ acre Black Angus cattle ranch in Piermont, NH. The Ranch is certified organic and produces and sells Angus beef, pork, chicken, lamb, turkey and chevon (goat).

For most this would be enough to fill their days. When asked how he finds the time to run the ranch and operate a drive-in Peter replied, “Either you’re a worker or not a worker. I can’t figure out what people who don’t have a farm do for entertainment.”

For many that entertainment is watching a movie. Anyone looking to do so in Fairlee at a public venue has one choice, the drive-in. The nearest theaters are thirty minutes away in Hanover, New Hampshire or St. Johnsbury, Vermont. Peter explains that when it comes to options for teenagers, “They can stand around in the Walmart parking lot or come to the theater. We have food and bathrooms, so they choose us.”

The drive-in is a source of entertainment for young children, too. In their case the time before the show begins is the event, not the actual movie watching. “They run around and play before the movie starts and by the time it does most fall asleep in their cars,’ says Peter. Once the schools close for summer this becomes more common and the Trapp’s shift their programming to more family-friendly films to accommodate the increased interest. For those more inclined to sleeping in a bed there is the motel where each room has a window that faces the screen and a speaker, so if you like you can take in the show without stepping outside. 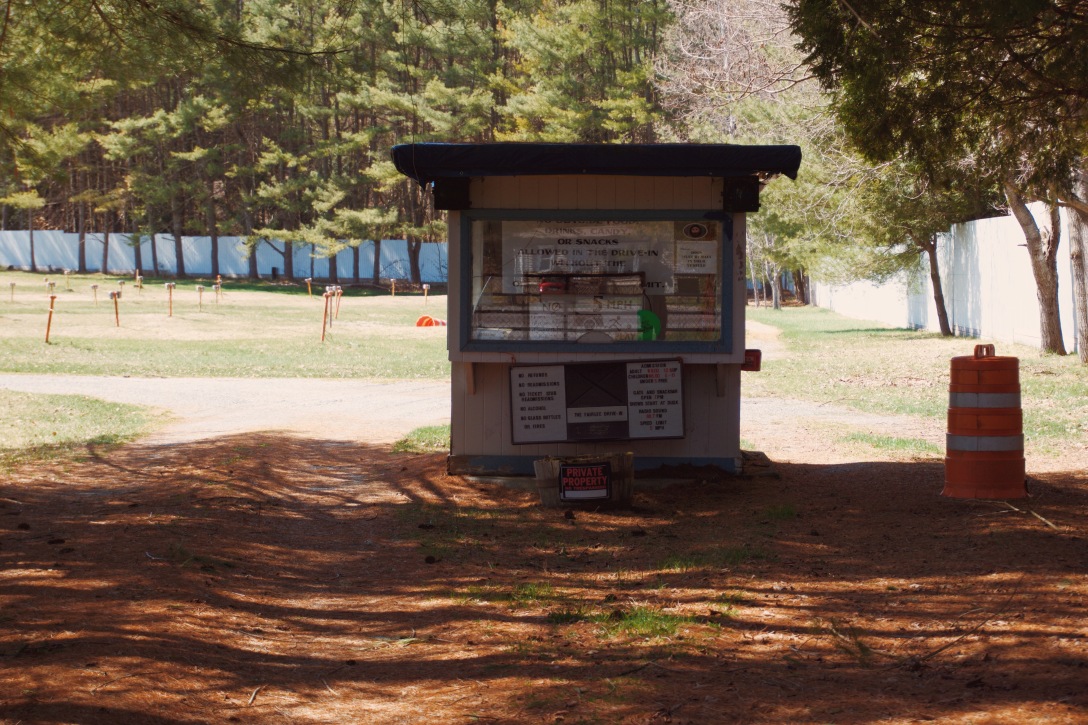 The drive-in movie experience is, in some ways, part of a growing trend in offering moviegoers an alternative experience to seeing a film at a traditional movie theater. Peter mentions the competition that the Fairlee Drive-In faces, pointing out that most people have streaming services in their homes and on their smartphones. The films themselves, once the main reason to leave your home and attend a theater, are now being seen as a part of the larger experience you can have. 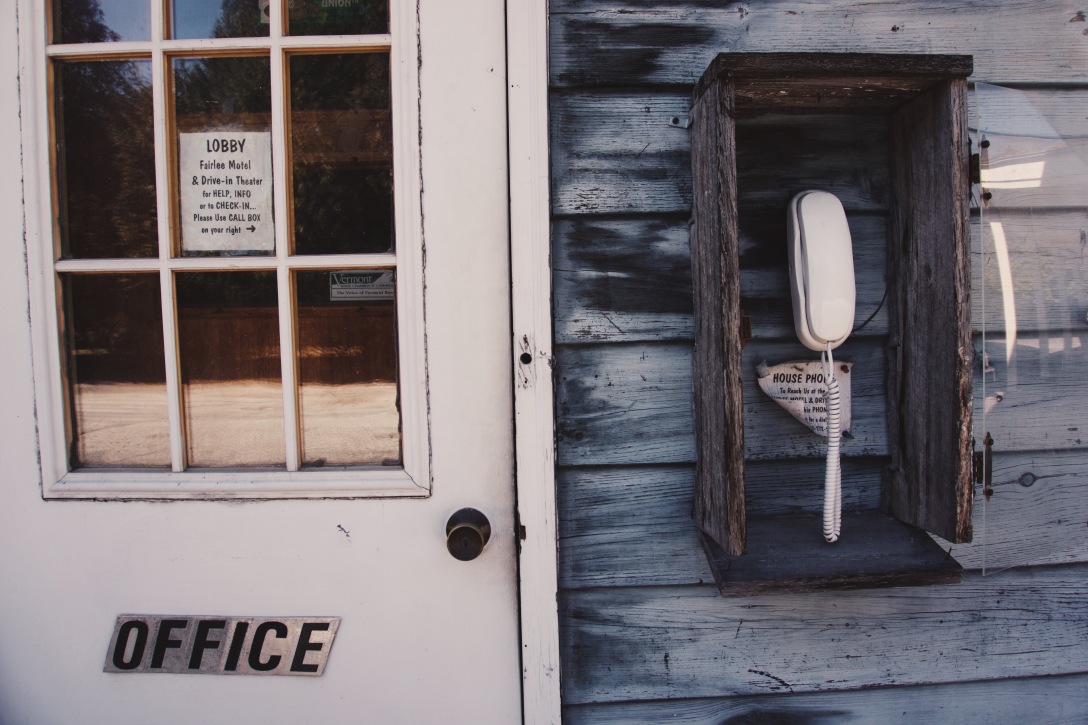 A recent article in the Los Angeles Times detailed the ways the Rooftop Cinema Club, a “bicoastal and bicontinental organization”, is crafting unique experiences for moviegoers. Whether by holding screenings in exotic or exciting locations or crafting replicas of the sets from the films being shown they are creating experiences that can be captured and shared on social media. The Alamo Drafthouse and other theaters that offer meals and beverages are also focusing on offering “extras” to the movie-going experience and continue to open new venues across the country. The drive-in theater, of course, has been around long before what some are calling the “experience economy” which is fueling these new ventures.

What officially began on June 6th, 1933 in Camden, N.J. firmly took hold in the 1950’s, when most cars had in-car speakers. The peak year for drive-in theaters was 1958 with 4,063 theaters.  Flash forward to present day where the estimated number of theaters is slightly below 400. Three remain in Vermont. Interestingly two of the three drive-ins that have attached motels in the United States are located in Vermont (the third is in Colorado). While companies are attempting to create new experiences aimed at millennials and their sensibilities, drive-in theaters are offering, largely, what they have since the beginning. 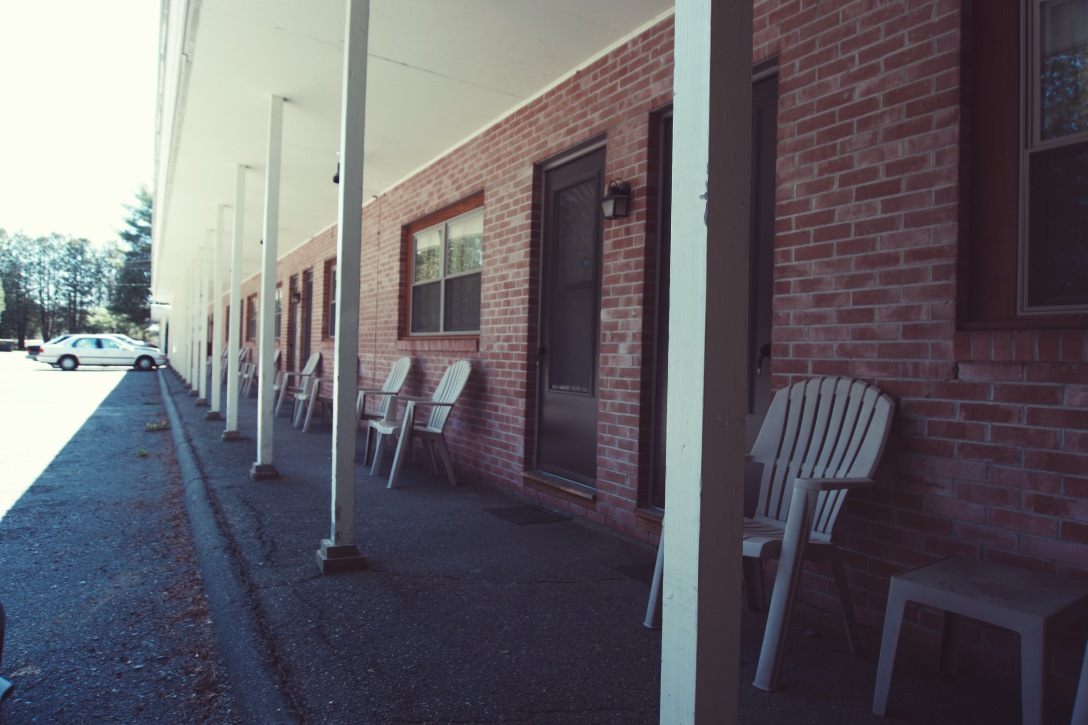 While they have always shown films, drive-in theaters now are projecting digitally, a necessity if they wish to stay in business. An expensive hurdle that every theater has had to face, the purchasing of a digital projector became necessary once the studios stopped making film prints of their movies. According to the National Association of Theatre Owners more than seventy-five percent of drive-ins are privately owned small businesses. For many, like the Saint Albans Drive-In Theater (located in Vermont) this transition was too expensive and they were forced to close.

The Fairlee Motel and Drive-In was able to raise some of the needed funds via a Kickstarter campaign and from media attention like this BBC news article. They also ran a “save our theater” campaign selling t-shirts and accepting donations. The rest came from a loan. Armed with the new projector The Fairlee Drive-In is able to continue screening films all summer long. 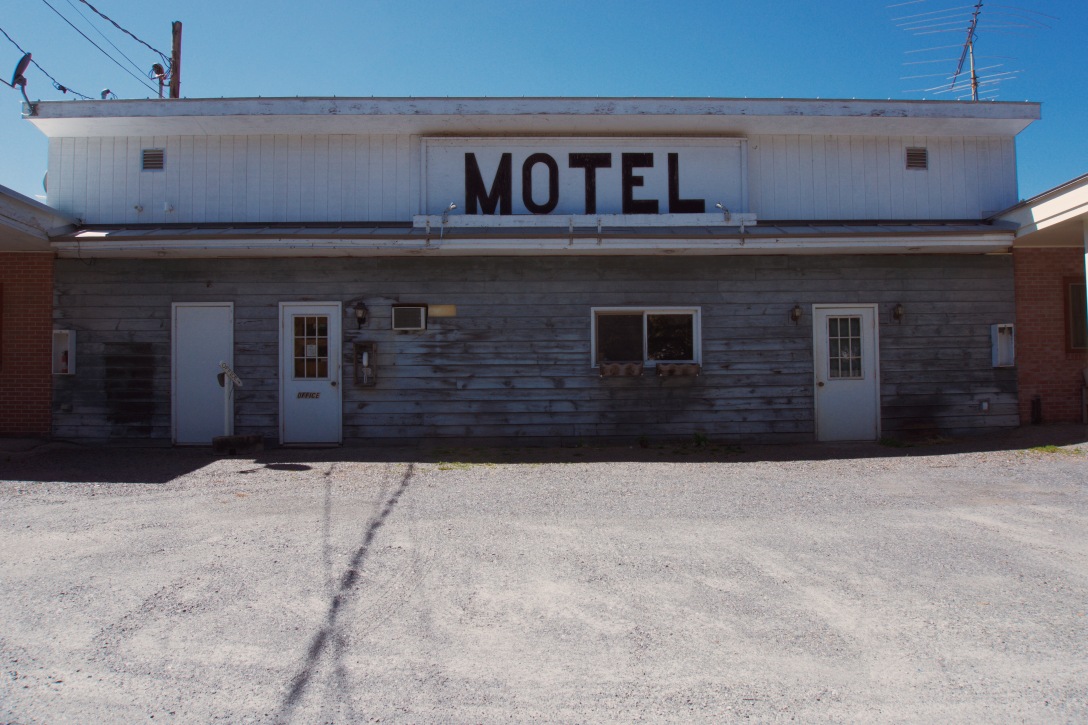 Talking with Peter about the future of the Fairlee Drive-In I came away with a sense that while there are definite challenges in their path, this business is something the Trapp’s are passionate about. Peter first came to the Drive-In when he was a child, attending a co-ed farm camp at Lake Fairlee, “Every Saturday night they would put us in the back of the sawdust truck and drop us off here.” Years later when the opportunity arose to purchase the theater he didn’t hesitate.

The approach the Trapps take to running their farm, using clean feed and not using hormones or implants, carries over to the Drive-In. Rather than over-extending themselves to create elaborate events and catering solely to social media-minded millennials, they offer family entertainment, quality food and clean and comfortable motel rooms. To quote from the website for their farm, “Local food supports a sense of community, it keeps our farmlands open and productive, it doesn’t travel hundreds or thousands of miles to get here. Know where your food comes from – buy direct from the farmer.” This philosophy applied to the Drive-In might be, “Know where your entertainment comes from – support your local theater,” otherwise all you will have is the Walmart parking lot – which has neither food nor bathrooms.